There was a statement issued on 30th October that the Groupama team would be exiting the America’s Cup event as the French insurance group confirmed that they are ending their sponsorship. They had been behind sponsorship of the French team which was being skippered by Franck Cammas, an acclaimed yachtsman. However the group will not withdraw their support that they had provided the sailor and his team since 1997. The statement that was issued stated that the framework of the upcoming Cup event would be too far from the French and European bases and hence, they would not be supporting the same though they would continue to sponsor similar events in different geographical territories. 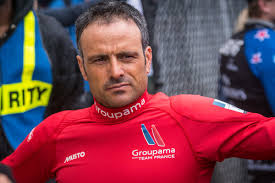 Groupama had signed the first contract of sponsorship with Cammas in 1997. Even though two decades have gone Cammas has grown to dominate the world and the group has supported the sailing ventures so far. There are several achievements that Cammas has gained over this time period, being ORMA champion six times, winner of Transat Jacques Vabre about three times; gained six records, including one in Jules Verne trophy in 2010; he also won the world champion tag in 2013 as well as in 2015 among other accolades. Cammas would have Norauto as a sponsor, but he is also looking to find other ways to finance his participation in the America’s Cup challenge.

In another event linked to the America’s Cup, Jimmy Spithill who lost the skipper position in the Oracle US team, states that the team will be looking to challenge New Zealand in the upcoming edition after they lost out to Oracle Team US. Spithill states that the USA team would be looking at ways to get back their superior position. They would want to work on their strategies and develop the same after the new protocols are released.