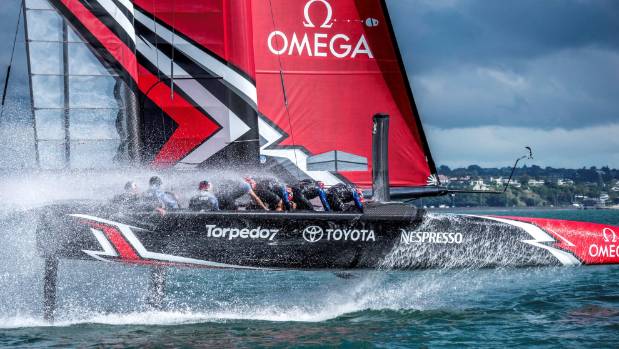 They had a winning start and the team was pleased with the kind of conditions they had for sailing. The team has been in Auckland for a long time and they were indulging in mock match races till now. Hence, after a long time they were able to get some real racing done in Bermuda.

The crew captained by Glenn Ashby was impressed with the performance they did on water, which helped them get two wins along with the matchups they had done previously. This has definitely boosted their confidence over Artemis, who set the pace of the races in the early rounds when official practices commenced. The Emirates team of New Zealand put in their appearance in the final day when the fourth practice round was scheduled. This was a week after they had launched their catamaran of the America’s Cup class in the waters of Bermuda. The team made their presence felt and they dealt with the Swedish team admirably.

They were able to overcome the French team as well as gain a convincing win over their rival team of Artemis. The team, however did record a loss to the Japan team that was probably the only glitch in their performance in the final matches that were held for the practice rounds. Peter Burling however, one part of the NZ team, was happy with the overall performance of the team. As the teams were practicing on Bermuda waters, it builds up anticipation of the final races that will commence shortly. Indeed, since their last competition in the cold waters of Japan the fans would be looking forward to how the teams would compete again this year in the warmer waters of Bermuda with different wind and water conditions.